Previously, I wrote about how to break bad habits and build good habits.  Now, to take it up to the next level, let’s break it down to understand the building blocks of how both good and bad habits are formed. I came to understand more about habit patterns after reading “The Power of Habit” by Charles Duhigg.  In his book, Mr. Duhigg explains the “habit loop:” the cycle of a systematic response to a specific trigger to achieve a specific reward.

Much of our daily behavior has more to do with automatic responses than thinking and planning.  Most of your actions are so routine that you don’t even have to think about them.  For example, consider your daily routine while getting ready for work or school.  Do you tend to do the same things in the same order? Getting dressed, brushing your teeth, preparing your breakfast and coffee… these are things you probably do without even thinking about it.  These habits are good, but there are other habits you may want to change.  For example, the habit of getting a late-night snack before you sit down to watch TV.  Let’s examine that one a little further.

Your cravings for food or other things – in this example, a craving for a snack – trigger the habit loop. That trigger, and the reward that follows – in this case, the snack itself – fuse together to become a habit. But in between the trigger and the reward is your action, and that is the part of the habit loop that you must take control of if you want to break it.

That’s why habits can be very difficult to break.  The brain anticipates the reward so it’s difficult to distract yourself. But by acknowledging and understanding the habit loop, you can take control and create a new pattern.  The new pattern will become as automatic as any other habit.

Be mindful.  Think before you act, before you contribute your own action to the habit loop.  Recognize your cue and the reward. Once you break down the habit into these parts, you can begin to re-program the routine.

Create an AWARENESS of your trigger(s).

You need to be in the right MINDSET

Be ACCOUNTABLE to your actions

Most importantly, you must have a plan for setbacks.  Just because you gave in to your old habit doesn’t mean you’ve failed.  Every instance is an opportunity to learn about yourself and become more aware to learn what works and what doesn’t.  Having a plan will help you recover faster.

You need the strength and determination to change. It takes a belief that change is possible and to accept the effort needed to make that change. Being a part of a group of like-minded people can be a powerful tool to share experiences. It can be very difficult tackling a habit change on your own.  When you’re a part of community of people, you can lean on each other for support. You become a part of something bigger than yourself. A community creates belief.

Change won’t happen overnight.  It will take time and some effort. But with perseverance and dedication, you can make that change become a reality. 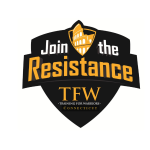